DO YOU EAT ENOUGH VEGETABLES? 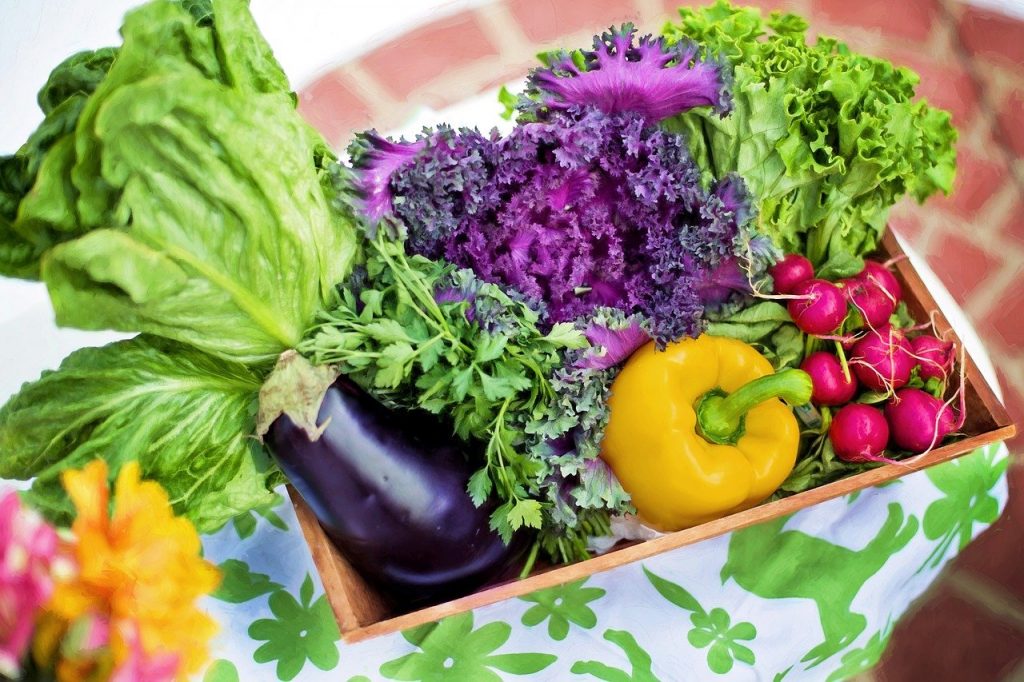 Vegetables have little opposition in many parts of our society. It’s boring, doesn’t taste or is just not for strong men. Vegetables in particular, but also fruit and other plant-based foods such as herbs and spices, provide us with an incredible amount of micronutrients, which are not contained in products of animal origin or only in small quantities.

Why is it so important to eat enough vegetables and plant-based foods?

You hear it over and over again: “Eat more vegetables.” However, what does not sound very attractive to many people brings immense health benefits. Conversely, too few vegetables in the diet can lead to deficiency symptoms, which can be felt, for example, in fatigue, forgetfulness and matte skin, hair and nails.

Other plant-based foods also provide a variety of vitamins, minerals and phytonutrients that are beneficial to your body. The low calorie density is another plus and the same applies to the high content of fiber, which is important for a well-functioning digestion and at the same time provide food for the good intestinal bacteria.

Admittedly, there is no healthiest food. It would be of no use if we fed on the one superfood every day. Much more depends on the combination of different foods in order to be able to supply our body with a wide range of nutrients – true to the motto “Eat the rainbow”. The order of the following foods therefore has little meaning.

This green leafy vegetable has a really impressive nutrient profile. Vitamins A, C and K as well as folate are particularly high. Another advantage is the many antioxidants in spinach. They neutralize free radicals in the body, which usually lead to damage to cells, organelles and even DNA. If you take enough antioxidants, the destructive free radicals are rendered ineffective.

One study showed that green leafy vegetables such as spinach contain a lot of beta-carotene and lutein, two antioxidants associated with a reduced risk of cancer.

Another green superstar. Broccoli contains a compound called Sulforaphan, which can have a preventive effect against cancer. In an animal study, Sulforaphan was able to reduce both the number and size of breast cancer cells and stop tumor growth. In addition, broccoli contains a lot of vitamins C and K as well as a good proportion of folate, manganese and potassium.

Wheatgrass comes from the freshly sphered grasses of wheat grains. However, its composition has nothing to do with the grain. It is gluten-free and has a completely different, significantly better nutrient profile.

Vitamins C and E as well as glutathione are found in large quantities in wheat grass. They serve as powerful antioxidants. An animal study showed that wheatgrass effectively reduces oxidative stress. Vitamin A, iron, magnesium and calcium are also abundant. Of its 17 amino acids, 8 are essential. This means that they cannot be produced by the human body and must be fed through food – an excellent source of plant protein.

Weed was yesterday. Nettles are not only a nutrient bomb, but can also protect us from harmful bacteria. They were already used by the ancient Egyptians as a cure for arthritis and back pain.

Its ingredients include vitamins A, C, K and some B vitamins. In addition, calcium, iron, magnesium, phosphorus, potassium and sodium as well as healthy fatty acids, all essential amino acids and valuable polyphenols. They are also packed with antioxidants.

A superfood that can be found for free at the nearest street corner. If you want to benefit from them yourself, you should pick them with gloves in areas where there is no high exhaust emissions.

They are a vitamin A bomb and also contain a high proportion of beta-carotenes, which give them the orange color and are powerful antioxidants.

One study showed that with each serving of carrots per week, the risk of developing prostate cancer decreased by 5%. Researchers also found an astonishing result for another variant of cancer: Smokers who ate carrots at least once a week were three times less likely to develop lung cancer. Other ingredients found in large numbers in carrots are vitamin C, K and potassium.

Orecchiette: A Traditional Pasta We Know Little About

While most of us call ourselves pasta lovers, we tend to play safe by cooking or ordering only the popular ones like spaghetti, fettuccine, linguine or penne. One pasta type highly recommended by pasta experts and Italian restaurants, especially if you’re into veggies, is orecchiette. Mainly because they are like mini bowls that take on more sauce, making each orecchiette piece in your mouth satisfyingly tasty.

The Italian word orecchiette means tiny ears, being the best way to describe its shape. While it’s not common the way spaghetti is, Italians have had this pasta dish for more than 700 years or so, ever since it gained popularity in Puglia, during the 12th and 13th century. Traditionally this pasta variety is best cooked with broccoli and Italian sausage.

Today, orecchiette is widely popular in Italy, especially in regions like Puglia, Lazio and Campania, where different varieties of broccoli and cauliflower are grown. Nonetheless, Italian restaurant chefs have come up with different orecchiette vegetable sauces, but the traditional Orecchiette con Cima di Rapa” is still the most sought after.

Although cima de rapa mean “carrot top’ it refers to a leafy broccoli type known as rabe or rapini, which has a hint of bitter flavor, and sauteed in garlic and extra virgin olive oil. In Puglia, Orecchiette Con Cima Rapa traditionally has larger sized pasta, while orecchiette in smaller sizes are usually served with tomato sauce and meatballs.